Deborah Szekely, Founder of The Golden Door, Rancho La Puerta, and the Museum of New 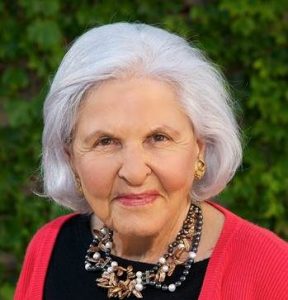 The wellness business has been good to industry legend Deborah Szekely, the nearly 100-year-old matriarch behind two celebrated health resorts in Southern California and Mexico.

Even so, Szekely (pronounced ZAY-kay), co-founder of the Golden Door and Rancho la Puerta, insists you don’t really need to pay $650-or-more per night per person — plus extras, like a Mountain Sage Hot Stone Massage — to reap some of the benefits of a pampered retreat.

“I didn’t get a massage until I was 60,” the Brooklyn-born, 5-foot-tall fitness guru said in a Zoom call to her San Diego home. “Anyone can have a healthy routine. It’s just a matter of eating right, moving right and thinking right. And thinking right means thinking positive things. Rejecting negative thoughts. You don’t have to accept them. You can just say: Hmmm, I don’t want to go there. Or I’ll look at it later on.”

Blithe as it might seem, this resolute cheer has helped Szekely endure through several careers, two divorces, and the deaths of her only son, a granddaughter and her ex-husband Edmond, whom she still reveres despite their divorce before his death, without losing her passion for being useful.

Although she sold the swanky Golden Door in 1998, and her daughter, Sarah Livia Brightwood, became president of “the Ranch” six years later, Szekely still often holds court before packed audiences at the Mexican health resort, not far from the U.S. border.

She tells older guests to cultivate younger friends and to stop doing anything they don’t have to if it doesn’t give them pleasure.